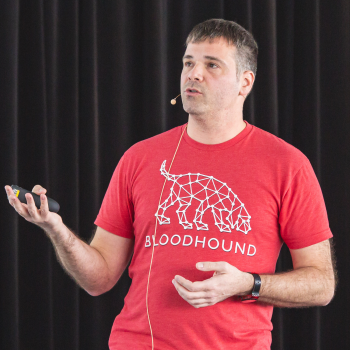 Mathieu Saulnier is a “Security Enthusiast” ©@h3xstream. He has held numerous positions as a consultant within several of Quebec’s largest institutions. For the last 6 years he has been focused on putting in place a few SOC and has specialized in detection (Blue Team), content creation and mentorship. He currently holds the title of « Senior Security Architect » and acts as “Adversary Detection Team Lead” and “Threat Hunting Team Lead” for Bell Canada, one of Canada’s largest carrier. In the last 12 months he gave talks at GoSec (Montreal), GeekFest (Toronto), BSidesCharm (Baltimore) and NorthSec (Montreal), he is also scheduled to speak at DerbyCon.