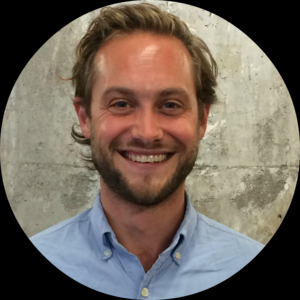 Travis Moore is the Founder and Director of TechCongress, which places technologists to work in Congress through the one-year Congressional Innovation Fellowship. Fellows have included the ACLU’s first Chief Technologist, a ride-sharing startup founder, a full stack engineer from Microsoft, and a Naval Intelligence officer specializing in offensive cyber warfare. They have served with a Member of Congress and applied their expertise to issues ranging from the OPM and Equifax breaches to AV and drone policy, among others. Prior to TechCongress, Travis was the Legislative Director for Rep. Henry A. Waxman, the former Chairman and Ranking Member of the Energy and Commerce Committee, who had jurisdiction over wide-ranging matters of technology policymaking. Travis has launched a number of programs to build human capital and improve technological capacity inside and outside of Congress including:
The first Congressional digital communications training program in Congress, the Democratic Academy Fellowship.
The first Congressional staff conference, the “Dem Confab,” for over 150 senior Democratic House and Senate staff.
The Legisletters platform, developed in partnership with NYU’s GovLab, which captures and centralizes the policymaking letters sent by Members of Congress.

Travis’ work has been featured in The New York Times, The Washington Post, Re/code, Politico, The Hill, Roll Call and other outlets.